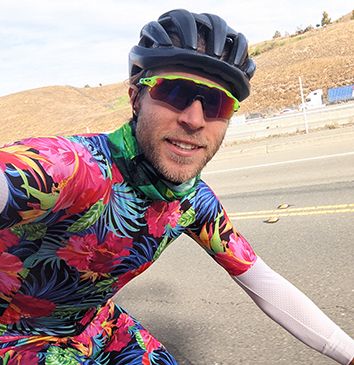 Cycling can be about many different things, but for me, two prominent themes are the challenge and the sense of adventure.

I know these stories are supposed to be about one ride, but this is going to be more about one bike, and how it makes every ride an adventure.

Over the past several years, I have become increasingly obsessed with cycling, now riding over 10,000 miles per year through a combination of commuting, touring, training, and racing. With all those miles, sometimes it’s nice to do something simple - so simple you don’t even need to worry about shifting. Sometimes I just want to escape from it all and purely enjoy the road and the feel of the ride. When I get that feeling, my Singlespeed (with Light Bicycle wheels!) is the bike of choice. On this bike, I have ridden my first sub 5 hour century (loop so no elevation advantage!), as well as tackled an insane 121-mile ride with over 10,500 feet of elevation. 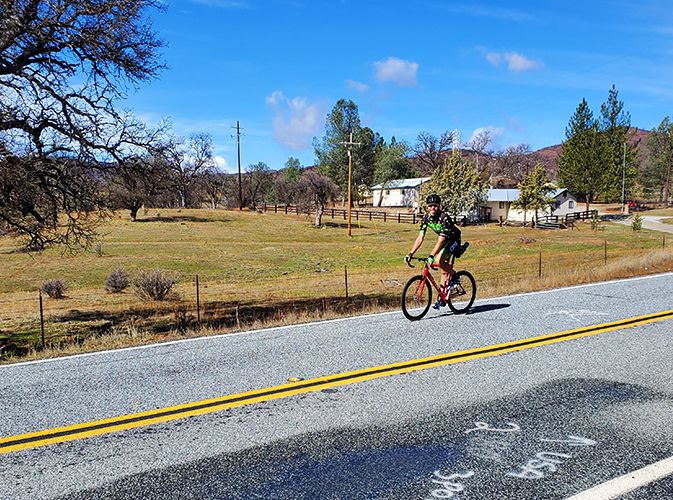 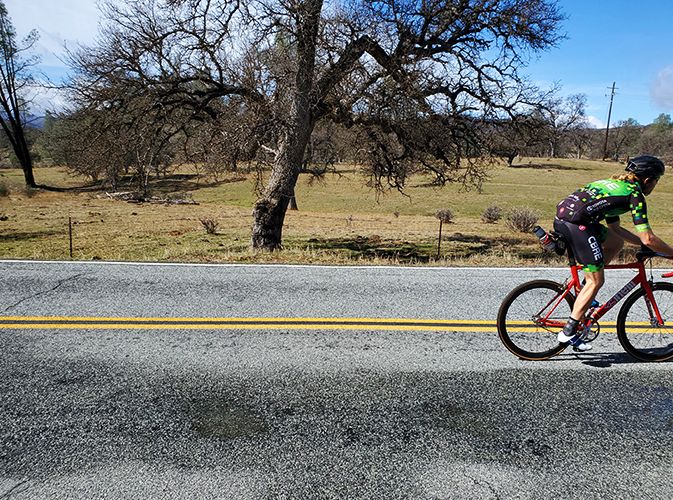 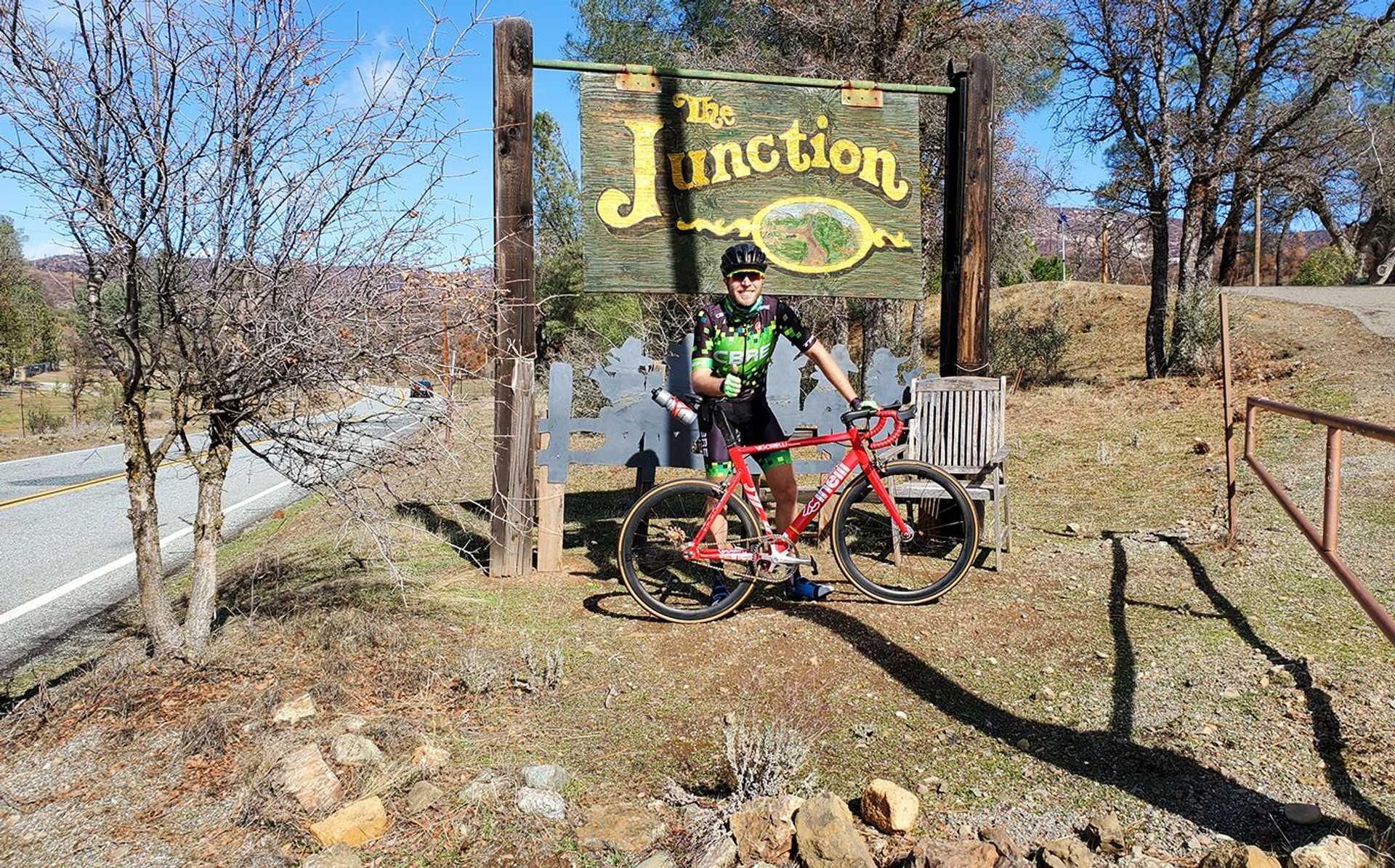 One challenge I had been thinking about for a while was doing a 100-mile on the Singlespeed.

I had no real reason for this goal, other than it would be a fun challenge. I didn’t really have a route in mind when I started pedaling. The one thing I knew was I didn’t want to go easy on myself.

I hit the road just before dawn and headed north towards Calavares Road, a scenic and rolling road along a water reservoir. I’d ridden this road many times before, but never at sunrise. The views and lighting were stunning, and already the ride was worthwhile. The reservoir road is often ridden as an out-and-back, so I turned around to head back towards Sunol. In the spirit of adventure, I took a road I’d only been on once before (Vallecitos), cutting through Livermore, before hitting the more familiar roads through rolling farmland.

With about 20 miles left in my ride, I realized that I’d been holding a fast pace for the ride, averaging over 20mph. This opened up another challenging goal for me to aim for, of completing my first sub 5 hour century, and I settled in to keep pedaling. Having a new goal for the end of the ride helped keep my energy up and my legs turning, and I was actually able to finish out the ride with an average speed of 20.5 mph! 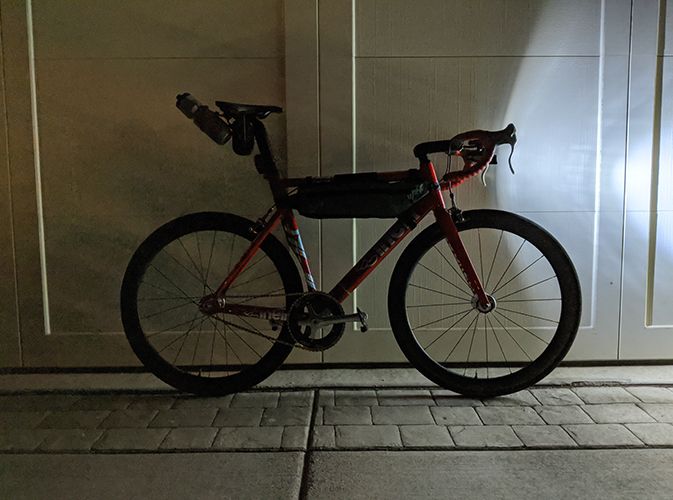 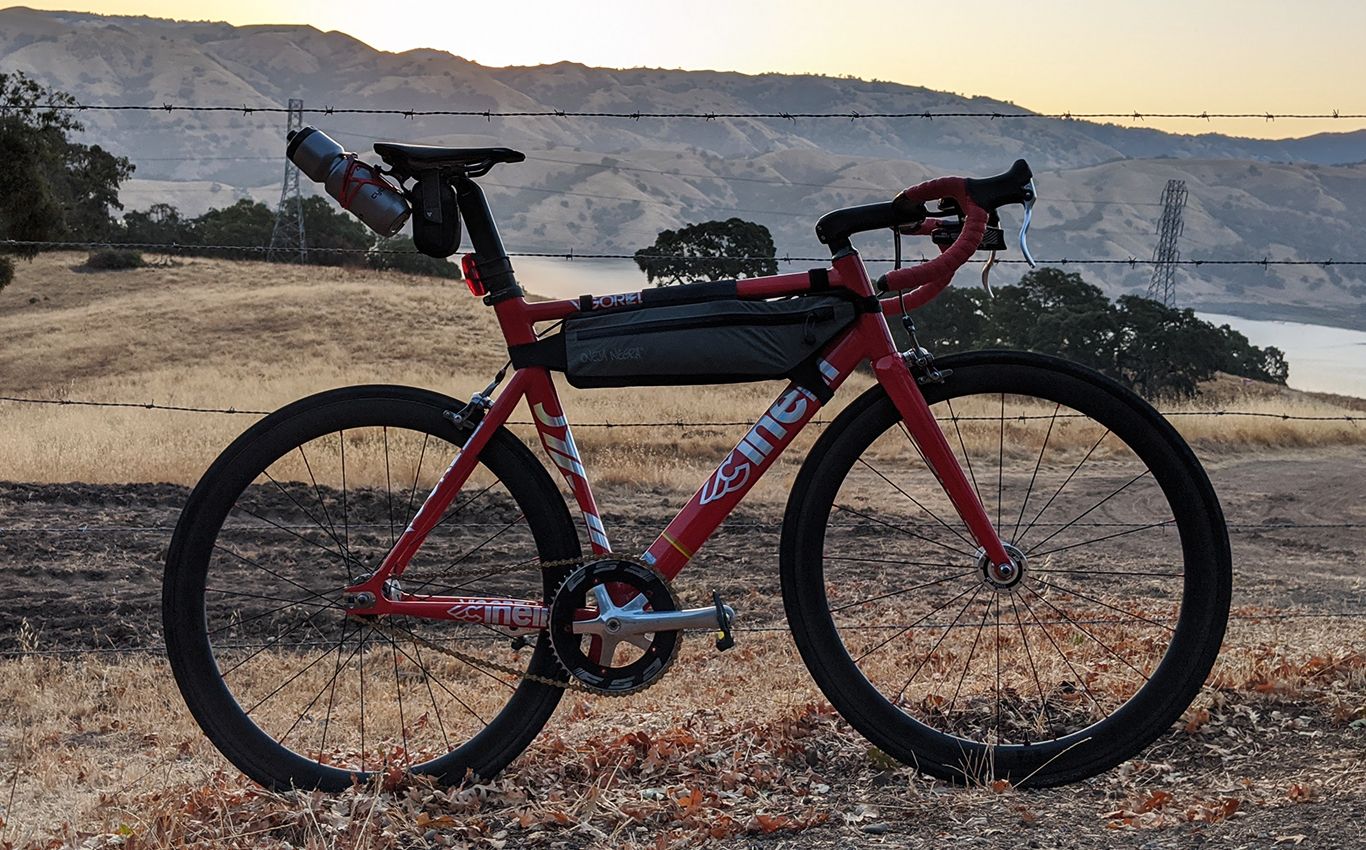 With the century under my belt, it was time to find my next challenge.

Earlier in the year, I had done a 121-mile loop that included Mt Hamilton and over 10,000 ft of climbing. I had gears for that ride, but it was also 108F degrees out in the valley so it was brutal. So brutal that I thought to myself, hey, why not do the same ride again, but on a single-speed?

The day was considerably cooler for this attempt, with an average of 55F and a max of only 63F. The ride started with the same scenic ride on Calaveras that the century ride had, but instead of turning around, this time I kept right on going. The first big challenge of the ride was the climb up Felter Rd / Sierra Rd (yes, that Sierra Road). The climb is ~6.2 miles long, with an average gradient of 3.6%, but with several sections of over 12% grade. The climb took me 30:29, with an average cadence of 46, dropping to as low as 20rpm on the steepest bits.

With that out of the way, there was a harrowing descent into San Jose, then a bit of flat ground recovery as I headed towards the big climb of the day. BIG means 18.3 miles with an average gradient of 3.9%, and a total elevation gain of 3,745 ft. Biking up Mt Hamilton was really more like hiking up Mt Hamilton, with an average cadence of 45, dropping to 35 for the last 6 miles - it was a full-body effort to keep the momentum going. What a sense of accomplishment when I crested the final climb!

To be honest I was more relieved than happy, and didn’t even stop for a picture at the summit before starting my descent into the valley. While last time I did this route I was descending into 100+F degree weather, and this time it was cold and windy. I didn’t have a whole bunch of layers on. Have you ever gotten a brain freeze from how cold the wind on your forehead was? That’s what happened to me on the descent (should have worn a cap for the ride, oh well).

Mines Road is another scenic route with rolling hills, offering a few more challenging kickers to get over but mostly a descent into the city of Livermore. I hit the 100-mile mark just before entering Livermore proper and took that as motivation to press on and get the ride wrapped up. For the rest of the ride, it was a mostly flat roll through Bay Area suburbs on my way to food, and more importantly, a good strong nap. 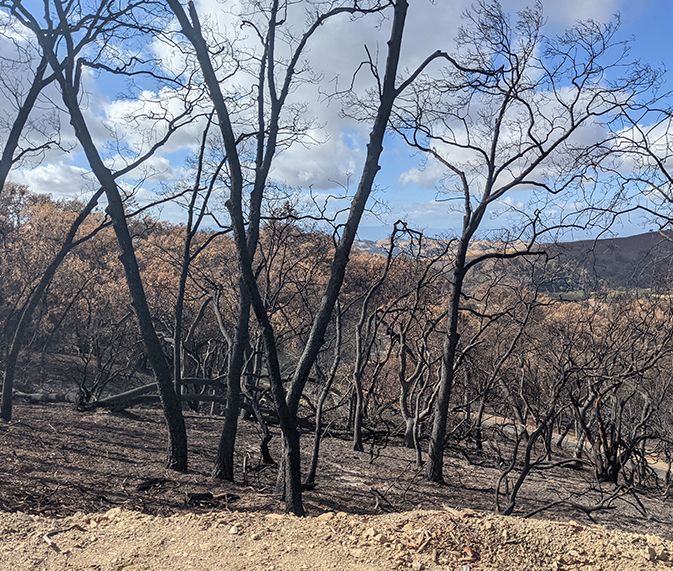 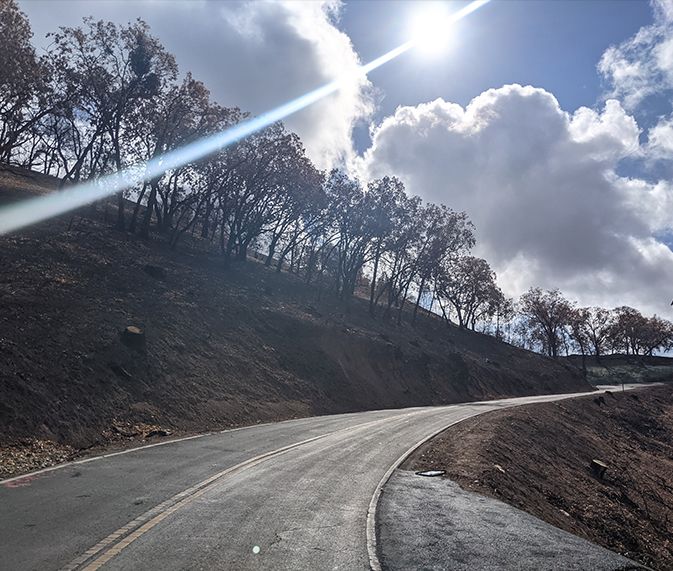 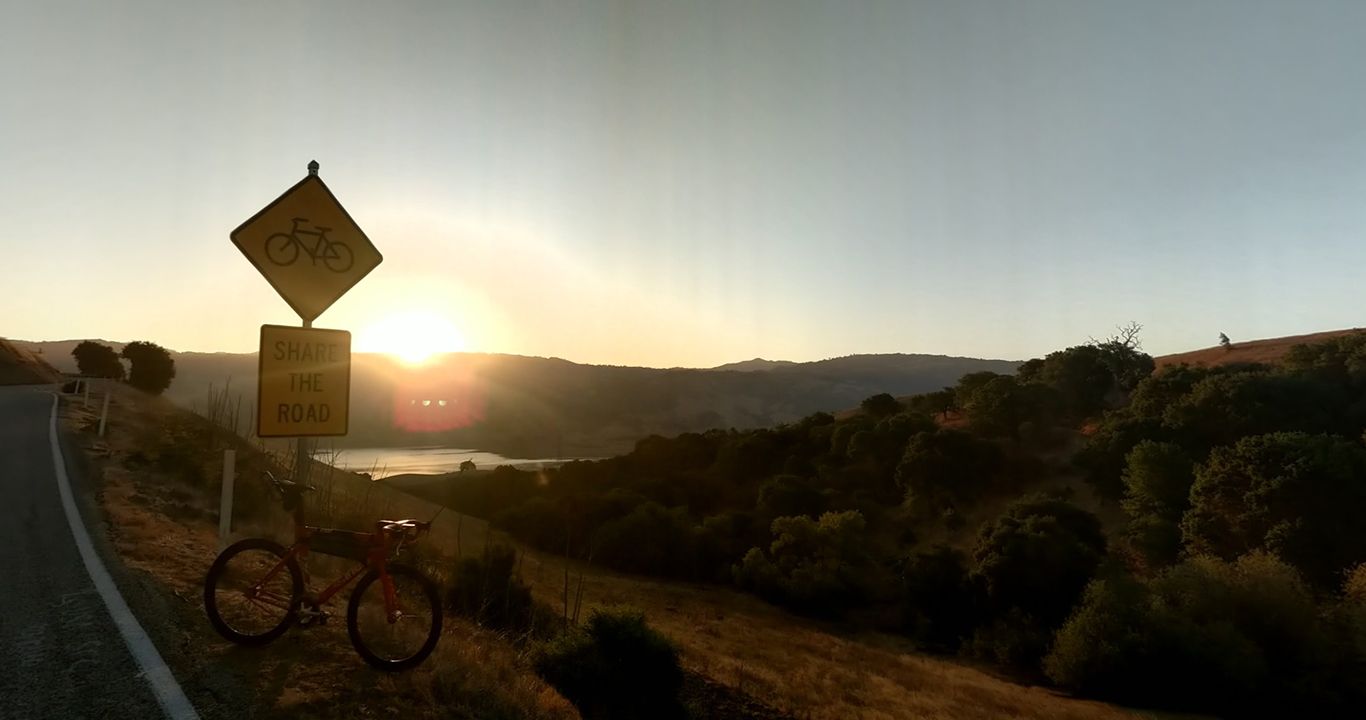 Part of becoming a 'cyclist' is the learning.

Learning to ride in a group, learning how to pace an effort, learning how to ride safely in traffic, or learning to be your own mechanic. For that last one, few things are more rewarding than building up your own set of wheels. Selecting every part with care to fit your budget and meet your performance goals, and at the end of the day having the pride of riding on something that you made yourself. One thing that made both of the rides above even more special to me is the fact that I rode them on wheels that I had built up myself.

The first wheelset I ever built was a set of Light Bicycle Falcon AR46 for my fixed gear bike. I had been yearning for a new set of carbon wheels for it, but I just couldn’t justify the cost, until I justified it as a learning experience and saved myself some money along the way by learning to build them myself. That frameset has come and gone, but those Light Bicycle wheels are still with me and have been on many bikes including the current Cinelli.

I've built six other wheelsets since then and am always so happy when I do. It has allowed me to expand my wheel selection beyond what I could afford buying off-the-shelf wheels, while still getting the top-of-the-line performance. It doesn’t take much to get started. I didn’t have a fancy truing stand or any special tools for my first wheel build. I used a cardboard box with a hole punched in it (to seat the hub) as a workbench to lace the wheel, and then I used my bike frame as a stand and reference to tru the wheel. It wasn’t glamorous, but the wheels have been solid and lasted many thousands of rough and dirty miles. If you are on the fence, I say give it a try and build yourself some wheels!

Hope you guys enjoyed my rambling tale about a bike, some wheels, and some experiences gained along the way. 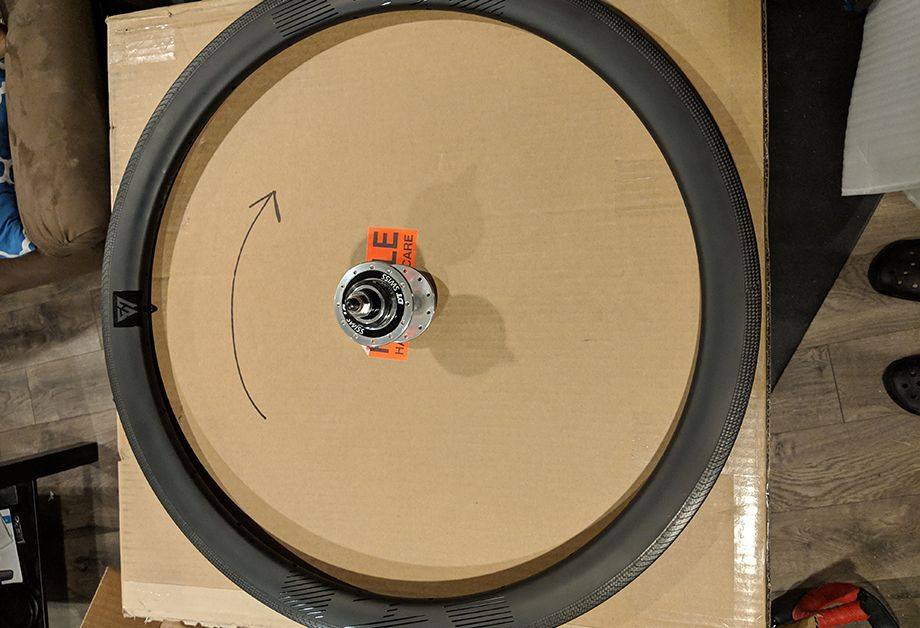 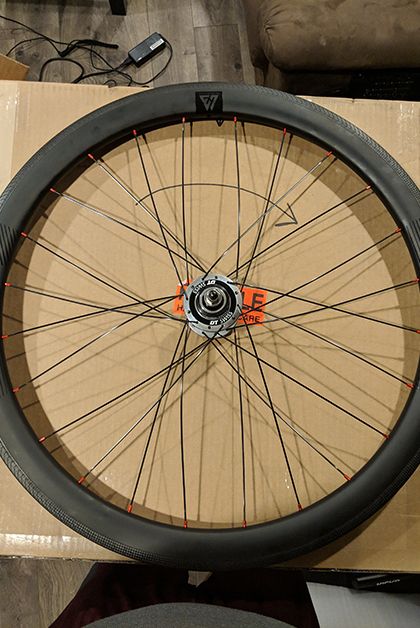 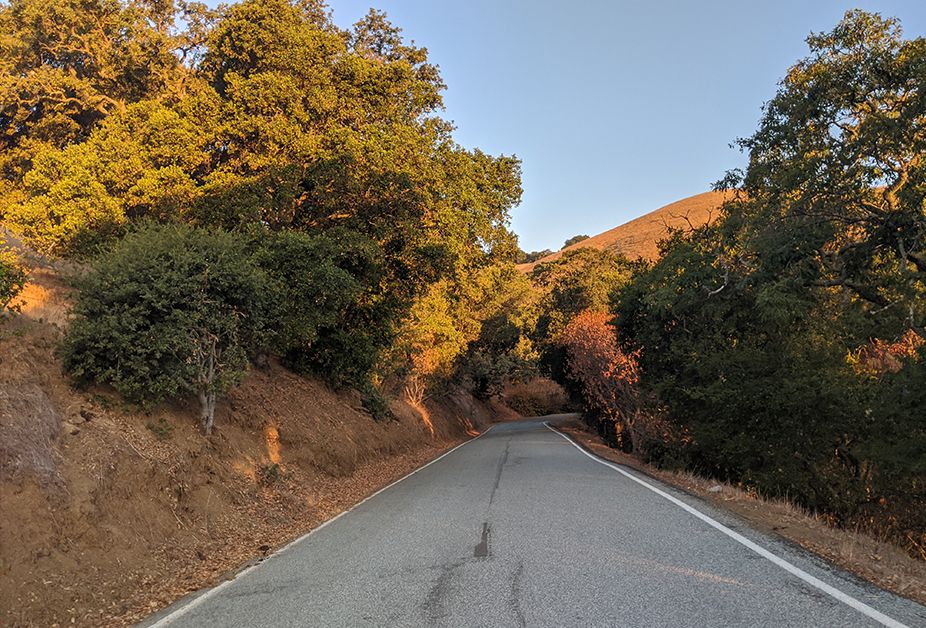